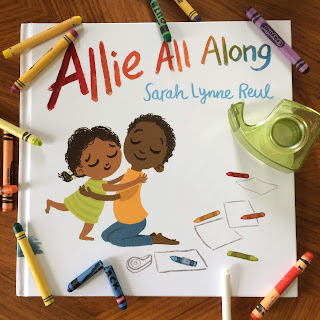 Why we chose this book:
To reinforce healthy ways to cope with anger. Sterling Publishing provided a review copy.

Allie's brother helps her process her anger over a broken crayon.

T and I both like this book immensely. Since it arrived in the mail about two weeks ago, he has asked for it as his bedtime story almost every night. One of his favorite aspects is the endpaper. The front endpaper depicts a broken crayon against a backdrop of red scribbles. The back endpaper depicts that same crayon taped back together against a backdrop of a rainbow. He loves flipping back and forth, comparing the anger and happiness over the broken and repaired crayon. I have to limit how many times he may do this, or we'd never get to bed.

I've acknowledged before that my reviews tend toward strong praise. This is deliberate - I usually seek out books for specific reasons, and I often find what I am looking for. Allie All Along is no exception. It is narrated by a child observing his sister's anger. He validates her feelings, identifies with her, and coaches her on healthily handling them. From punching a pillow, squeezing a stuffed animal, taking a deep breath, and counting backwards, to finally hugging, he sets a positive, realistic, and doable example for not only his sister, but children reading the book. Observers will note that on the hardcover, beneath the book jacket, the brother has fixed the crayon (just like on the final endpaper). I could continue to laud different aspects of Reul's book, like the loving relationship portrayed between siblings, but I will just say that it is worth reading to kids who get angry. And what kid doesn't?

Son: I think the little boy drew Allie and then covered her up in a monster costume.

Mom: Why do you think he covered her up in a monster suit?

Mom: I don't think that he covered her up. I think that the artist, Reul, wanted to show that Allie's anger made her feel like a monster.

Son: Why was she angry?

Mom: Well, what happened to her crayon on the first page?

Mom: And that made her angry. What makes you angry?

Son: When it is time to go to bed.

Mom: Did you think those were good things she did to help with her anger?...What might be good for you to do?

Son: Yeah. I would want to blow at fingers.

Mom: If you met Allie, would you tell her anything else she could do to help herself?

Son: Yeah. She could read a book, a book about angry monsters because she's angry and the monsters are angry.

Son: Yeah. I think she would want to color and go to Mohegan Sun.
(We took him to the arcade at Mohegan Sun, and now all his suggestions for what to do with guests include this destination.) 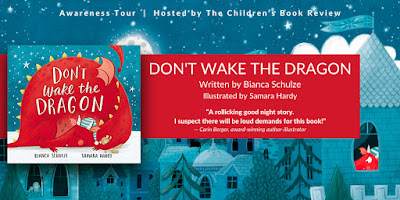 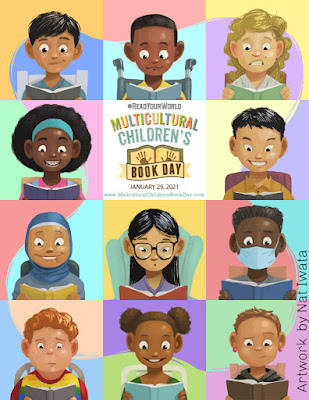 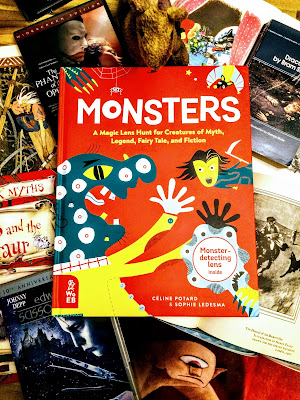